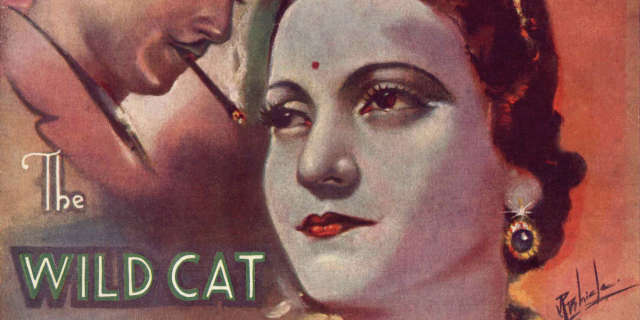 (“The Wildcat of Bombay”)

The master criminal known as the Wildcat is pursued by Dinshaw Bilimoria as police Inspector Suresh. The glamourous Sulochana (Ruby Myers) played 8 roles in this crime thriller, many of them men: a gardener, a policeman, a Hyderabadi gentleman, a street urchin. a European blonde, an old banana-seller and an expert pickpocket who gives her money to charity. (According to Sulochana in an interview in 1951). It was a remake of her 1927 silent hit, also believed lost.