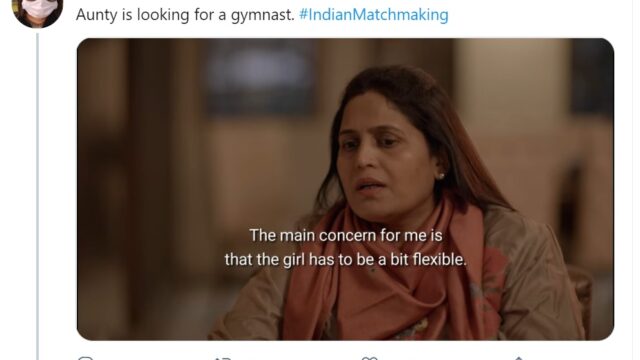 Recently, I was delighted to be offered 3 weeks of teaching on the ‘Screening Cultures’ Mlitt module in the Department of Film Studies, University of St Andrews.

As a PhD alumna of the department, I have extensive experience of UG tutoring on the modules conceived by other academics, but this Mlitt module was my first opportunity to design my own content based on my research interests.

I decided to focus these weeks on contemporary Indian streaming and internet content, exploring the economics of streaming, censorship. gender, ‘progressive’ media in the age of Modi and the shifts in the soft power of internet. More broadly, these weeks sought to understand how Internet culture in India has emerged as a flashpoint for national and transnational culture wars.

The freedom to deliver these three weeks also gave me the chance to design some innovative (and unusual!) assessment, which was in the form of a ‘Meme Analysis’ essay. The students were given a choice of 5 South Asian/Indian memes based on internet/streaming content and asked to ‘decode’ these memes, understand their relatability/popularity and explain how such content can often be a vehicle for subversive social/political commentary. The students – none of whom were from a South Asian/Indian background – were also asked to answer the following reflective questions:

This assessment was the first of its kind to be used in the Department of Film Studies at St Andrews. The external examiner for the module, Professor Yvonne Tasker, commended it for its innovation and commented on how this assessment could be successfully replicated in other institutions.