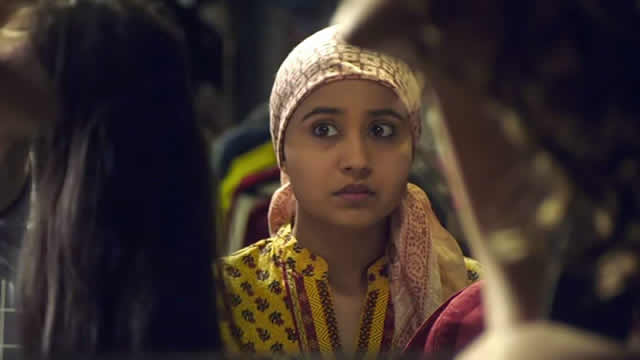 Gone Kesh: The Power of Representation

They don’t write Bollywood love songs about women with short hair; let alone no hair. There are no paeans dedicated to the ghane saaye of pixie hair. A heroine with a crop cannot sensuously drape her lover’s face with her cascading mane. Until last week at a screening of ‘Gone Kesh’, the story of a young woman played by Shweta Tripathi learning to navigate life with hair loss, I had never expected to see myself represented in mainstream Hindi cinema. 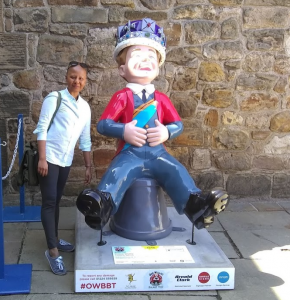 I am a bald Indian woman. Like Tripathi’s character Enakshi in ‘Gone Kesh’, I have Alopecia, a condition that causes hairloss in men and women. Like Enakshi in the film, most Alopecia sufferers experience a gradual onset of symptoms, some losing portions of their hair in their teens and others in their 30s-40s. Some sufferers eventually lose all their hair. Medication can control and manage the condition to an extent, but there is no cure. I have a rare and extreme form, with total loss of all body hair including the eyebrows and eyelashes. My father has the condition too, and I inherited it from him. Unlike many sufferers of Alopecia, I have always been bald. Baldness has always been my ‘normal’.

Being a visibly bald Indian woman marks you out as ‘abnormal’ very quickly. As young as three, I got ample clues from the everyday visual culture in India, that I was always going to be an aberration of the Indian feminine ideal. The ideal of “kaali, lambi, ghani zulfein” is so ubiquitous as the baseline of attractiveness for women in our cinema, television and advertising that unless you are deviation from it, it passes unnoticed. Nandini Ramnath has made similar observations about Hindi cinema, where short hair for women is a visual shorthand to signify either rebellion (Kangana Ranaut’s crop in ‘Tanu Weds Manu: Returns‘) or a a woman deliberately divorcing herself from her femininity to navigate traditionally male spaces (the bob sported by Priety Zinta in ‘Lakshya‘ as a war reporter). 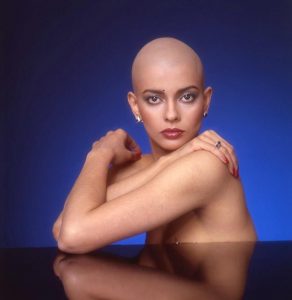 You know you’re an outsider when the only likeness you can find of yourself in popular culture was in an 80s Hollywood space opera. I don’t remember where I came across a picture of Indian model and actor Persis Khambatta as Lt. Llia from the 1979 film ‘Star Trek: The Motion Picture’, but I do remember being awestruck. Khambatta famously shaved her head to play the bald character and this was the first time I saw the image of another Indian woman who looked like me. Khambatta herself came up with the idea for her costume for the role. Not the standard-issue grey Star Trek crew uniform, but a striking short white robe with a dramatic collar framing her bald face. As she recalled in an interview, “being bald and wearing that grey starship uniform, I would have looked like a boy. I wanted to look like a sexy female.” Even Khambatta, a former Miss India, felt that she would have looked unattractive and ‘unfeminine’ without her hair.

I too, learned very early on that hair in India is deeply gendered. As a young child, I realised I was different not from looking at my reflection in the mirror, but from the worry reflected in my parent’s faces, the ‘concern’ and outright horror reflected in the faces of strangers, and from the pity directed at my parents by others over the fate of their bald daughter. If male baldness is considered undesirable and to be remedied, female baldness is catastrophic. It is unthinkable. Strangers calling me “takli” (baldie) was a common occurrence. Women in local trains would ask my mother, “Ladka hai ki ladki?” (‘Is that a boy or a girl?’).

As ‘Gone Kesh’ poignantly illustrates, Alopecia can affect families, not just the sufferers. As with Enakshi, family members and strangers were particularly concerned about the impact of baldness on my future marriage prospects. In a marriage market notorious for its regressive beauty standards where even deeper skin tones remain a disadvantage, can you imagine a bald Indian woman on a matrimonial website? In the film, Enakshi and her parents struggle to convey the realities of her condition to a prospective groom’s family. Enakshi eventually removes her wig, revealing her baldness to them. The groom and his family sit there in stunned silence before making a hasty retreat. Personally, I would have liked the film to have showcased how Alopecia also impacts everyday interactions. Last week, a bank manager asked me in front of other customers “why I have no eyebrows?”. As a bald Indian woman, invasive questions and are at every corner.

Several poignant moments in ‘Gone Kesh’ are handled with a delicate power, resisting the temptation to be maudlin. In a brief exchange, Enakshi tells her parents she no longer wants to take medication because she has made her peace with her diagnosis. It took me and my parents nearly 20 years to get to this acceptance. In the film, Enakshi wears a wig in public to keep the stares, comments and questions at bay. I spent all of my childhood and teen years wearing a hat in public. At 21, I finally walked into my MBA classroom without the hat and without any explanations.

As the end credits of ‘Gone Kesh’ rolled and I sat there in the dark cinema hall with tears streaming down my face, I realised that I wasn’t just the catharsis of reliving my life experience through Enakshi’s journey. I was also experiencing the powerful sensation of seeing myself represented. I cried realising that somewhere, some little Indian bald girl would not have to wait decades to see herself affirmed and celebrated.

Shruti Narayanswamy is a doctoral researcher at the Department of Film Studies, University of St. Andrews. Her research looks at woman’s experiences of Bombay cinema in the 1930s-40s, with a focus on women-centric film publicity and exhibition, and women’s labour on the margins of the film industry.