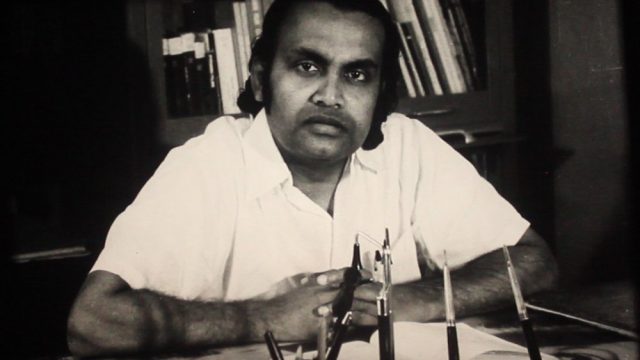 As I enter the final year (hopefully!) of my PhD and spend most of my time with archival materials relating to Indian cinema, it is impossible to imagine my research being possible without the foundational work of Indian archivist P.K. Nair.

The lovely Tim Concannon and I have had a lot of time these past couple of years to reflect on the legacy of his work and his impact on the contemporary film preservation efforts in India being carried forward by the National Film Archive of India, organisations such as the Film Heritage Foundation, and the often unsung smaller collections maintained by the V. Shantaram Foundation.

We also had the opportunity, at the Film Preservation and Restoration School India 2017, to speak to some of the most experienced minds working in film preservation in India and abroad. Among some of these distinguished names were Nair Saab’s friends and colleagues who were kind enough share their memories of Nair the boss, the archivist and most importantly, the cinephile.

The radio documentary that resulted from these conversations was broadcast on Resonance 104.4 FM, but in case you missed it, here is the full 2 hour+ version. It was made with a lot of love, and a LOT of sweat and long nights from Tim. We hope you enjoy it!

I’d also like to point your attention to the collection of P.K. Nair’s selected writings, ‘Yesterday’s Films For Tomorrow’, published by the Film Heritage Foundation. I was honoured to be asked to review the book for the October 2017 issue of FIAF’s Journal of Film Preservation. It’s a book that I’d recommend to anyone interested in Indian cinema, film history and film preservation.