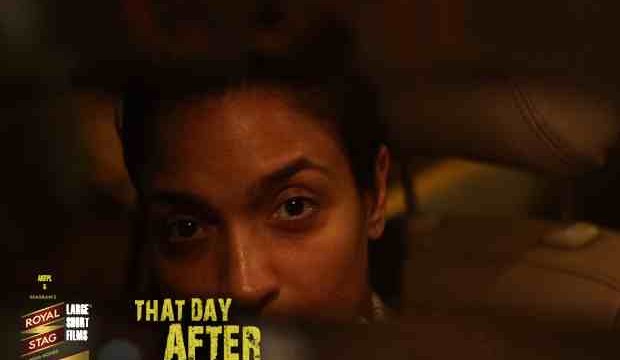 Anurag Kashyap’s ‘The Day After Everyday’ – Caricatures of ‘strong women’ aren’t the solution.

Author:Shruti Narayanswamy
Category:Uncategorized
← No Country for Old Cinema?
We don’t need no diversity in Bollywood →

Anurag Kashyap’s short is slowly making the rounds of social media. Over the weekend, it will probably be shared by a lot of people on social media as a ‘Must watch!’ to understand the issues of sexual harassment in India. I watched it and was left deeply uncomfortable by its message. Before you read on, here’s the film in its entirety.

Before I talk about the film, let me tell you a story. I recently got a two wheeler and four wheeler Indian driving license. I don’t drive. In fact, every time I think of driving, I’m reminded of my driving instructor and I get mad. Really, really mad.

His name was Vicky and the first time I met him, he told me that I should wear a scarf on my head for our driving lessons. I have Alopecia and being a bald woman on the streets on India is rarely fun. However, I have had years of practice and I can’t be arsed to ‘cover up’ anymore.

Vicky thought it was entirely appropriate to ask to me to do so even though I was a complete stranger and an adult woman capable of making her own sartorial choices. Again, I’ve had years of practice and years of unsolicited, “good natured” advice about the devastation that is my bald head and I mostly grit my teeth, nod/ smile and brush it away.

Things with Vicky didn’t get any easier, though. Vicky couldn’t understand why I was going ‘abroad to study’. Vicky let me know on more than one occasion that it was a bit of a waste to study, when all I was going to do in the end was marry someone.Day 1 of lessons ended with Vicky, on our way back, letting go of the handle bars in peak traffic to show off. When I dismounted he sneered at me “Kya medam, darr gayi kya?”. I knew I should have complained against him right then.

By Day 3 of lessons, I had to tell myself repeatedly “It’s just 30 minutes. Just ignore him”. I also ignored his sneer when he’d always refer to me as ‘foreign madam’. And I ignored his mates at the driving institute who started calling me the same, amidst ill concealed laughter.

On Day 4, Vicky got really nasty. He was late for our lesson by 2 hours and I told him “Boss, phone toh kar dete. This is not done”. The “This is not done” bit pissed him off because it was in English. That entire driving lesson, Vicky felt free to lecture me on the pride of speaking of “Indian languages”. Vicky probably though that because my name was Shruti Narayanswamy and I was foreign educated, that I just another snobbish “madrasi” who lived in his state and didn’t speak ‘his’ language. Needless to say, that was our last driving lesson together. Not before after I informed him, in fluent Marathi, that I spoke 6 Indian languages (English being one of them. I was tempted to get into the nuances of identity politics and linguistic jingoism but something told me it’d be equivalent of kicking myself up my own arse) and that he had no right to tell me, or anyone, what I should do or what I should wear.

It was sexist and unbearable as hell. His behaviour made me feel unsafe and harassed, especially considering the fact that we were driving off to an isolated part of the suburb for our lessons. At the very least, it was extremely unprofessional.

The point of this very long detour was that sexism, misogyny and harassment take on various forms. Unlike in Kashyap’s short film, it isn’t always as black and white as hoodlums stalking you in your neighbourhood or rubbing against you in the bus.

Before I get accused of not “getting the point of the film”, I do : the women overcome the fear of their oppressors and doing something about it.

However, we live in a country where victim blaming is already the norm and in the film, the onus of responsibility in the film again comes down to…the victims. There is absolutely nothing wrong with protecting oneself through physical means or preparing oneself for such eventuality.

The fact remains though, that in the current social climate in India, most discussion and debate on these issues still revolves around “What was she wearing”, “Why didn’t she fight back?” Did we need a film by a popular and acclaimed film maker that suggests that sexual harassment = dark figures in the alleyway and women learning self defence = no more sexual harassment? I highly doubt that Anurag Kashyap thinks so. It is just unfortunate that an opportunity to be nuanced and sensitive was wasted in favour of being self-righteous.

The Day After Everyday is a lot like a lot like the films of the vigilante woman-revenge genre: empowering on the surface but quite unhelpful and sensationalist on closer examination.

The film seems to suggest in the end that the chauvinistic brother character has undergone a miraculous change overnight in his behaviour and now doesn’t mind helping out in the kitchen. The implication seems to be though that he now “respects” his sister because he’s seen her beat up a bunch of bad guys, not because he can now empathise with her as a human being. He also now thinks that if strange men threaten you in an alleyway, you should teach them ‘a lesson’. A lesson in equality? A lesson in sensitivity? A lesson in the various forms that sexism and harassment take? Nope. A lesson as subtle as a knuckle duster across one’s face.

But what does one do about that co-worker who says “Kya, Miss India?” What of the shopkeeper who will always give the change back to your husband even though you’ve paid for the groceries? I doubt punching them would work.

I knew intuitively that Vicky was being intimidating because he couldn’t stand the sight of a bald Indian woman who liked being bald and didn’t think much of his “advice” on what women should do. I knew that I should have complained to the agency. What would I have said though? That he used belittling language? That his body language and suggestions about my appearance made me uncomfortable?Would his friends and bosses at the agency even think that was harassment? Something tells me, no, they wouldn’t have.

Also, what’s with the clichéd use of smoking as a signifier for a ‘strong woman’ i.e. the Sandhya Mridul character? Male characters of all kinds; good men, bad men, chartered accountants, cops, conductors, smoke in Hindi films. They are just men who happen to be smoking.

The only women who smoke in Hindi films: ‘bad women’ *.i.e. prostitutes, ‘quirky women’ .i.e. copywriters or ‘strong women’ . I’ve got no moral high ground against smoking. I’m an ex-smoker. It’s just plain lazy writing and quite annoying. We’ve already established Sandhya Mridul’s character as a self defense instructor and mentor for the three other women. How do we over-egg the pudding and leave absolutely no doubt in the audience’s mind that she is a ‘strong woman’? Let’s give her a cigarette!

Some forms of harassment and intimidation are so insidious that you don’t even know if you’ve experienced them or not. And it’s these experiences that happen to women everyday. It’s the uncomfortable voice in your head that says “that wasn’t right”. It’s the niggling feeling of being violated in some way that you can’t shake off.

It isn’t always a bunch of inebriated men in a dark alleyway.