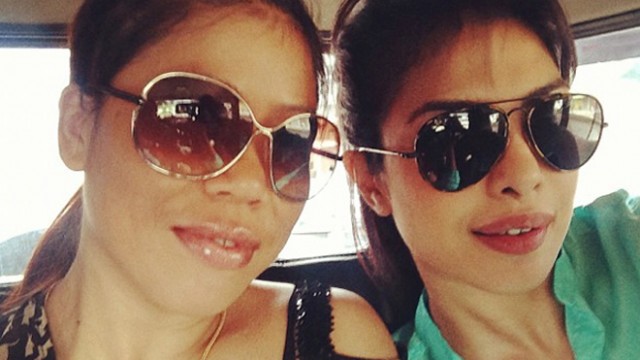 We don’t need no diversity in Bollywood

I’m dashing this post off in a hurry because I found the news story that inspired this insufferable on several levels.

Bollywood Actress is set to play Mary Kom in a biopic about the 5 time World Boxing Champion. So, what’s the problem?

Not much has changed in the step motherly and racist treatment routinely meted out to the north eastern states of India. As far as popular perception is concerned, the north east might just be one big lump of those states whose names we don’t really remember unless we are studying for our SSC examinations. We don’t really know much or care much about the people from the north east either. They even “look different”, don’t they?

And no wonder the ignorance and stereotypes continue. When was the last time you saw someone from the north east playing a major character in a film or television show? The only times I recall seeing people from the north east on mainstream Indian television is Indian idol. Sourabhee Debbarma from Tripura won the Season 4 of reality singing show and Amit Paul from Shillong was a popular contestant on Season 3. Err, that’s it.

When was the last time you saw a Miss India finalist from the north east? I happen to think beauty pageants are a waste of time but the point here is that people from the north east are virtually invisible on popular media in India.

Priyanka Chopra’s already giving interviews on why “she won’t be beefing up” for the role. Her physical trainer says “We are working on building her muscles, but I don’t want her to build extra muscles. I want her curves to get the right look, and not ruin the femininity.”  Because that’s what important in a film about a professional athlete, right? That she *looks* glamourous.

We wouldn’t want Miss Chopra to look like to women athletes do. They don’t look feminine at all, do they? I’m sure every professional woman athlete in India is crying herself to sleep (she is after all, a woman) because she has ruined her looks and beefed up (like a dude, if you get my drift). All for the sake of winning medals and the pursuit of excellence! What a waste of womanhood when they could be off being pretty.

As if things for professional woman athletes aren’t hard enough in India, battling constant neglect by our governmental sporting bodies and a massive dearth of resources. Athletes like Mary Kom face the double whammy of being from the North East, which makes their achievements all the more significant.

Meanwhile, Priyanka Chopra is doing more interviews saying how similar Mary Kom and her life is because Chopra too, struggled in the industry. Yeah, Mary Kom grew up working in fields and is now a celebrated athlete in a country where the odds are overwhelmingly against women in sport. I’m sure things were tough for you, Priyanka but let’s not kid ourselves here, comparing your struggles to that of a world class athlete is absurd.

What does Mary Kom feel about all this? Excellent question. I don’t know. I can’t find a single interview to do with the biopic from Mary Kom’s perspective. Who needs to know her opinion when the elite of mainstream Bollywood have spoken?

Come to think of it, when did you last see someone dark skinned in a major role on film/ television where the plot didn’t revolve around their skin complexion? Or someone (gasp!) differently-abled on the big screen in India?

Lastly, the biopic is being directed by Chronic Auteur Syndrome sufferer extraordinaire Sanjay Leela Bhansali. I might be completely wrong but I’m hoping against hope that Chopra’s Mary Kom won’t be dancing in an Anarkali salwar suit on massive blue sets.

Hopefully there will be some boxing in the film. Not too much, though. It’s not “feminine” and it’ll ruin her “look”.