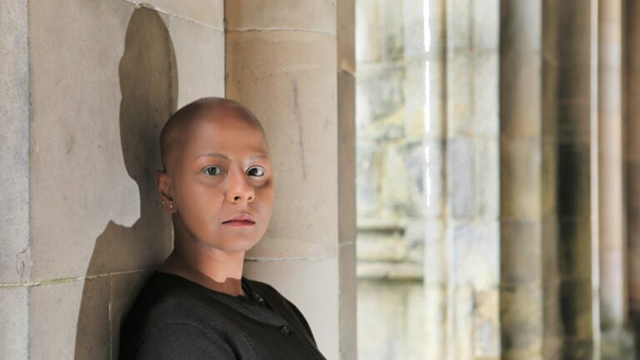 I’m on the poster for diversity at one of the UK’s top universities, so why can’t my parents get a visa to my graduation?

I don’t like doing something so personal via a blog post but I’m heart-broken and also angry for the many thousands of people, whose weddings and family ceremonies are being ruined, all because of the apparent disarray at the UK Home Office. So this is my story…

The Courier has reported my story. Journalists who want to contact me, my DMs are open on Twitter.

The Home Office won’t process my parents’ visa in time to be at my PhD graduation ceremony on 21st June 2022. I’m literally on the poster for diversity at the University of St Andrews. 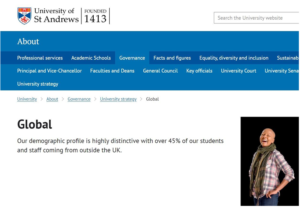 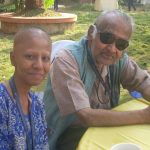 I grew up in Mumbai, India and moved to Scotland in 2015 to pursue my fully-funded PhD from the University in St Andrews. My research area is women’s role in the Indian Independence movement and early Indian cinema. I was mentored at the beginning of my academic career by the late P K Nair, who founded India’s national film archive NFAI (the equivalent of the BFI). Nair was the subject of the film ‘Celluloid Man’. You can read about my friendship with Mr Nair in Sight & Sound. 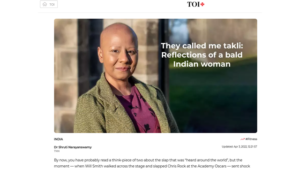 The Times of India interviewed me about alopecia and the Oscars

I’ve also written about Indian cinema’s role in defeating fascism in World War Two for The Independent. I have a rare alopecia condition and was interviewed about this recently by the Times of India.

I received my PhD in 2020 and accepted a full-time position in the University’s Centre for Educational Enhancement and Development. My contract was made permanent in December 2021. I’m now on the immigration track to settlement via the ‘Skilled Worker’ visa route. I’m writing a book based on my research into women cinema-goers’ part in India’s independence struggle as well as working full time at St Andrews University, which I represented in May 2022 at an academic conference in Atlanta, Georgia.

At the time of submitting the application, we were advised that decisions would be made in 6 weeks (the UKVI’s advertised standard is 3-weeks but timescales have been extended due to the response to the war in Ukraine). My parents are due to fly on 15th June and return to India on 29th June. The visa application was for a visit of 2 weeks.

Clear documentation from the University, confirming that the purpose of the visit was to attend a graduation ceremony, was provided alongside 36 pages of supporting evidence (see below). The only avenue to contact the UKVI about the progress of applications are paid email/phone services. The paid phone helpline offers conflicting timelines but does not provide any meaningful updates. Timescales communicated to me have ranged from 3-6 weeks, 8-10 weeks, to a “decision imminent”. If these are the revised timescales, applicants have no way of knowing this unless they pay additional charges to call/email the UKVI. Meanwhile, applicant’s passports are stuck with the UKVI for weeks on end.

These severe delays are causing significant emotional and financial stress to applicants and their families. The hashtag #ukvisadelay shows my situation is far from exceptional. In my case, I now face the real prospect of graduating with the highest academic qualification in my field and not being able to share this once-in-a-lifetime moment with my parents. This is despite being on the poster for diversity and ‘global’ community for my University. While I understand that there are significant global issues impacting this process such as the Ukraine war, the UKVI is now exceeding its already doubled timescales without any communication to applicants.

The University of St Andrews Press Office are aware of my story and can be contacted for a comment at proffice@st-andrews.ac.uk 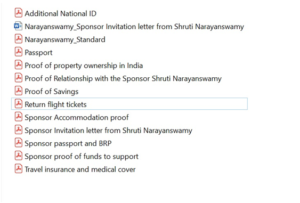 Screenshot of supporting documents sent to UKVI, 36 pages in total.